People have been putting quite a few crazy predictions on their 2020 bingo card but I doubt anyone saw the return of the Xbox One SmartGlass app coming.

Last week, on Christmas Day to be exact, the old app began reinstalling itself on some user’s Windows 10 devices despite the fact that it had been replaced by the newer Xbox app several years ago.

I noticed it downloading when I went to manually check for app updates in the Microsoft Store app, something I like to do every now and then so that I have an idea of what apps have updated with new features. Seeing its app icon in the update list was definitely a surprise but what was really odd was the fact that I’d never actually had the SmartGlass app installed on my Surface Pro. It’s a newer model that I got just over a year ago. Something on Microsoft’s end seems to have pushed the app out to users.

One potential reason for the re-emergence of the Xbox One SmartGlass app could be to help gamers complete Xbox Achievements that require its use. Strange thing is though, the app doesn’t appear to work. Any attempt to log in simply results in an error.

The whole thing is very strange.

Has the Xbox One SmartGlass app reinstalled itself on one of your devices? Do you think a simple glitch is behind this or could Microsoft be planning something else for the classic Xbox app? Share your thoughts with the community in the comments below and then follow us on Twitter and Facebook for more Xbox gaming news. 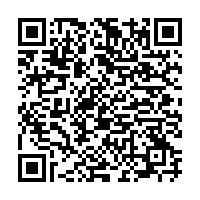